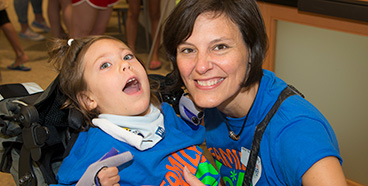 What is Holoprosencephaly (HPE)?

Holoprosencephaly (HPE) is a birth defect that occurs very early in pregnancy, when the developing brain grows and divides into two halves, or hemispheres. In HPE, a part of the brain called the prosencephalon does not grow forward and divide as it should.

What are the types of HPE?

The four main types of HPE range from very mild to severe:

Where the middle of the brain (posterior frontal and parietal lobes) are not well separated.

How common is HPE?

HPE affects between 1 in 5,000 to 10,000 live births. Since many of these pregnancies end in miscarriage, the true rate of HPE may be higher: one in 200-250.  Current studies show that only 3% of fetuses with HPE survive to delivery. The majority do not survive past the first six months of life.

What are the common problems?

Children diagnosed with HPE may have:

The cause of HPE is unknown. However, risk factors include:

The outlook depends on the severity of HPE and other existing problems.

Because HPE affects the development and function of many body systems, a child may have some of these tests throughout life:

What is the treatment?

There is no cure for HPE. Treatment depends on the severity of HPE and other factors.
These may include: